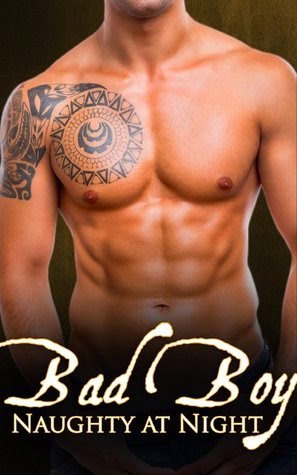 
A while back, some of you may remember I was interviewed by Jamie Lake and he asked me some great questions. You can see that interview on his blog, here. Now, I'm honored to have him stop by and share about his work! Coming up with a new series that will surprise and delight m/m readers isn’t easy, but author Jamie Lake seems have that in the bag. I had the opportunity to connect with the new author about his series Bad Boy and how he juggles writing so many different book series at the same time.
For those who aren’t familiar with the Bad Boy series, tell us about it. It’s the story of a really hot teacher who becomes desperate for money when his hours are cut and the only choice he has is to moonlight as an erotic masseuse for men. The problem is, he has to keep is profession a secret from the school and it’s right when he meets the guy of his dreams, who happens to be not only one of his student’s dads but also a cop.
You have about 4 different series running right now, how do you juggle all the story lines? It’s not easy. But I try to focus on just one series at a time. I put my whole heart, soul, tears into each novel I write and I try to focus on just that novel. It’s like trying to date more than one person at a time, it can be done but it’s real hard. Believe me, before I met my partner, I tried. If you really want to have a great novel or relationship, you really have to put your everything into that one. That’s what I believe, anyway.
When you come up with an idea to write a novel or a series, how do you go from idea to completed book? Well, lately I take something that’s happened to me or someone I know and sort ask myself what if ….? And I think to myself, what would make this situation even more intense or more emotional for my readers. Then I write a loose outline and start writing. When I say outline, it’s usually just a few sentences about what I think each chapter will be about and I write, typos and all. I don’t look back while I write. That’s why when I do read the entire thing, I think “wow! Did I write that?” then it’s off to my editor or co-writer depending on the story to fill in the details. I love storytelling but other people are much better at prose than I am, so I let them do their job. Then I read the whole thing from beginning to end, making it better along the way and it’s off to the copyeditor and my beta-readers. It’s a system that seems to have worked for me so far.
People have a lot of choices for m/m, at last count, I saw there were something like 25,000 m/m titles out there from years past, what makes this Bad Boy series so different? Well, that’s the thing there are thousands of titles available but there are at least a million or so m/m readers out there and new readers are born every day. There more than enough readers to around for everyone. That’s why I like supporting other m/m authors, we can introduce our readers to each other and each other’s books.
Your style in Bad Boy is very simple but descriptive. How do you decide what type of style or voice you’re going to use for each story. Well, I think a novel sings to me. A lot of times, I’ll take a real long walk and I’ll almost hear how a certain scene should be written. A statement or a question will pop out and I think to myself, “That’d make a great opening line or beginning of one character’s dialogue.”
What is your greatest dream that would happen for the Bad Boy series? Wow. I’d absolutely love it if readers demanded the story continue on past Book 5, if they were emotionally invested in the characters. I’d love to write a parallel series of Chip and his son and his life and what happened before he met Peter. If reader want that, I’ll do exactly that.
Where can we get a copy of Bad Boy? You can get it exclusively on Amazon http://bit.ly/BADBOYNOVEL1 or email me at JamieLakeNovels AT gmail.
Posted by S.J. Frost at 6:03 PM 1 comment:
Email ThisBlogThis!Share to TwitterShare to FacebookShare to Pinterest
Labels: bad boy naughty at night, bad boy series, interview with jamie lake, jamie lake

Hooray! I'm very excited to announce the release of my new novella, Storming Love: Gage and Collin! The book is now live at MLR Press, AllRomance eBooks, and Amazon.

I've been talking about this one for a while and I'm super happy that it has now gone live. And I can't wait for everyone to get a chance to read the rest of the stories that will be coming up in the Storming Love series! Here's that full line-up of awesome authors who I'm sharing company with again:

I hope everyone who checks out my story and the Storming Love series will enjoy it! 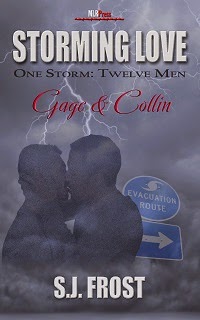